Lentex S.A. is a renowned manufacturer of flexible PVC floor coverings designed for residential and commercial areas and sports facilities. The company also ranks among leading manufactureres of nonwovens on the Polish market. Lentex S.A. is a company combining 100-year long tradition with modern approach, which results in a well-known brand and established position of the company in Poland and abroad.

Flexible floor coverings produced by Lentex are budget-friendly and allow for creating perfect floor
arrangements easily and effectively; they are durable and easy to install and keep clean. They are available in many colours and patterns, both in modern and classic style, imitating wood boards, parquet floor, terracotta or even stone floor. Thanks to their varied parameters, wide range of patterns and colours Lentex floor coverings work fine in houses, apartments and public facilities.

Lentex nonwovens (including nonwoven interlinings, waddings, and spunlace fabrics) can be applied in various industries. Lentex manufactures nonwoven fabrics for a number of applications such as sanitary, technical, automotive, construction, furniture, clothing, shoe making, agricultural, filtration and many other, depending on clients’ needs.

Good organisation of a work, a qualified team and years of experience allow us to maintain the high quality of production. Furthermore, modern technology that we use in our laboratories increases our production capabilities. All these elements make Lentex a renowned manufacturer of resilient residential and commercial PVC and a leading Polish manufacturer of nonwovens.

„Lentex S.A. has an  implemented and certified quality management system according to ISO 9001:2015, IATF 16949:2016 and the FSC-STD-40-004 V3-0 (our license code is FSC® C147967). The company ensures a high quality of products and improves continuously the processes. Satisfaction of the client, effective management, implementation of the Quality Policy and high organizational culture is our primary objective.

„We are giving the highest mark for both quality as well as competitive prices. Lentex S.A. is able to meet the highest standards in the flooring industry. „

„Cooperating with our company Lentex S.A. proved that is a reliable business partner. Lentex S.A. is a professional supplier of PVC flooring. „

„The professionalism and competitive prices are undoubtedly advantages of the company. We appreciate the commitment of employees and high quality products. „

In 2011 we celebrated the 100th anniversary of our founding. LENTEX is a company with a tradition that dates back to 1911, which marked the founding of the Union Textile S.A., LENTEX’s predecessor. Union Textile specialized in the production of worsted wool yarn. 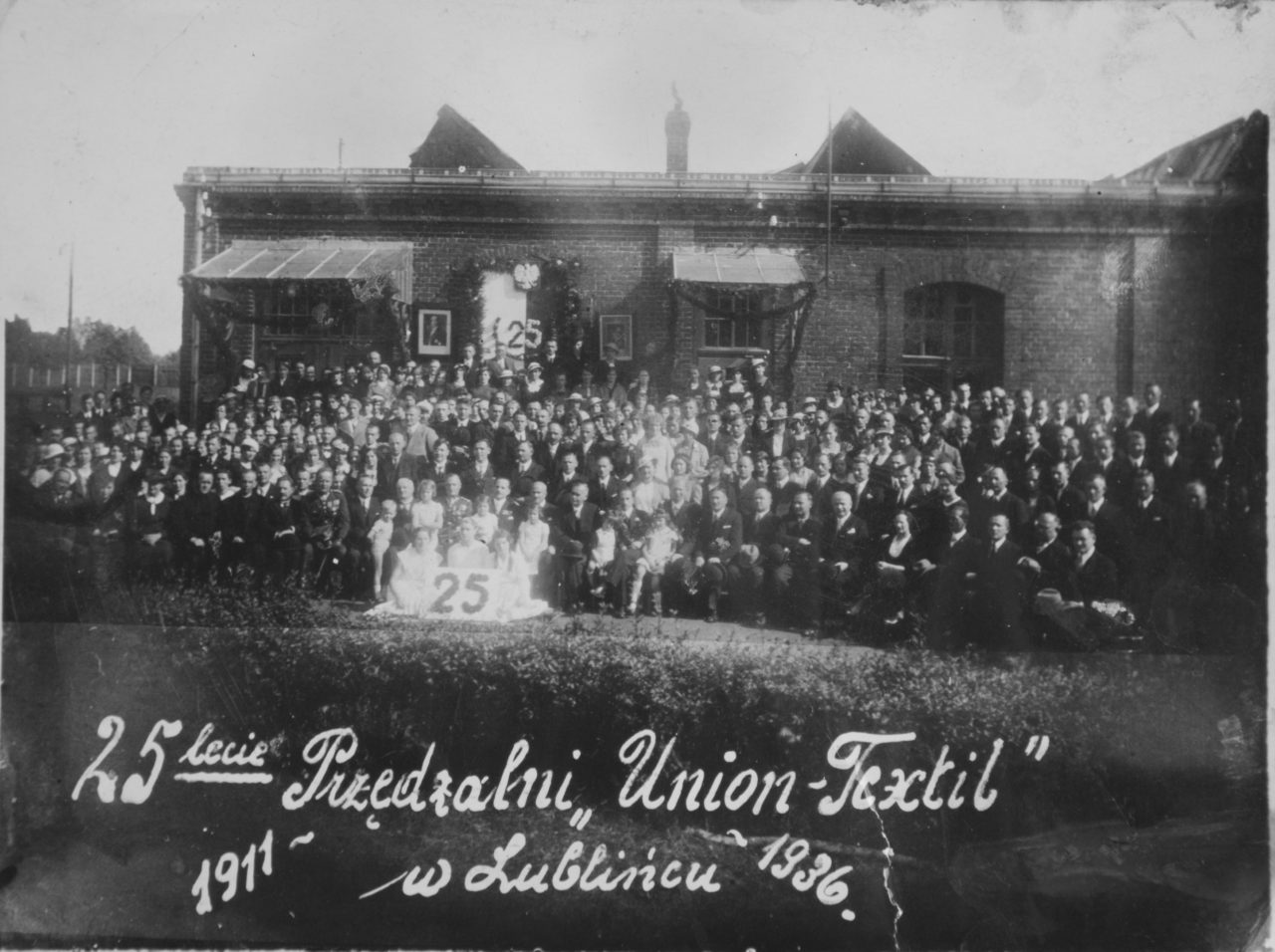 1951
The production was restarted because of severe war damages.
1974
Lentex started producing PVC flooring.
1975-1976
The plant underwent further development to start up a production line for warming fabrics made of synthetic fibers.
1978-1986
The company modernized its mill.
1994-1995
lThe operations of the mill were halted and the production was shifted to Lentex’s joint-venture production and trading company established in Ukraine.
1st September 1995
The transformation from a state-owned company into a stock company, with the State Treasury as a sole shareholder.
16th January 1996
Shares of Lentex were contributed to the National Investment Funds. Fund.1, which was managed by BRE/Cresco Management, became the majority shareholder. – 8th May 1997 – The debut on the Warsaw Stock Exchange.
11th December 1997
The opening of a modern production line for wide floor coverings.
1998
A high storage warehouse was opened, where 2 million SQM of floor finishes could be stored. A purchase of a machine for foamed PVC production allowed the company to produce floor finishes 3mm thick.
2002
Lentex obtained certificate ISO 9001:2001, which obliges the company to make constant development of quality systems and guarantees of quality.
September 2003
The Lentex shares were sold by the National Investment Funds (totally 43,79%).
2004 – 2005
Floor production capacity increased further: owing to the installation of a production unit for manufacturing semi-processed product of up to 4m width together with a paste mixer and isotopic gauge.
2007
The production capacity of spunlace nonwovens was increased through the purchase of the second machine. That investment was accompanied by increasing the nonwovens storage area, workshop adaptation, and construction of the transformer station.
2010
The volume of the floor storehouse was increased.
Nowadays
At present the company’s core business is PVC floor coverings and nonwoven production. Lentex is the biggest floor covering producer in Poland and the only producer of 3 and 4 meter-wide PVC floor coverings in Central Europe.

The company’s strategic goals include at enhancing Lentex position on PVC floor market as well as taking measures to be granted the preferred supplier status at the key nonwovens clients. 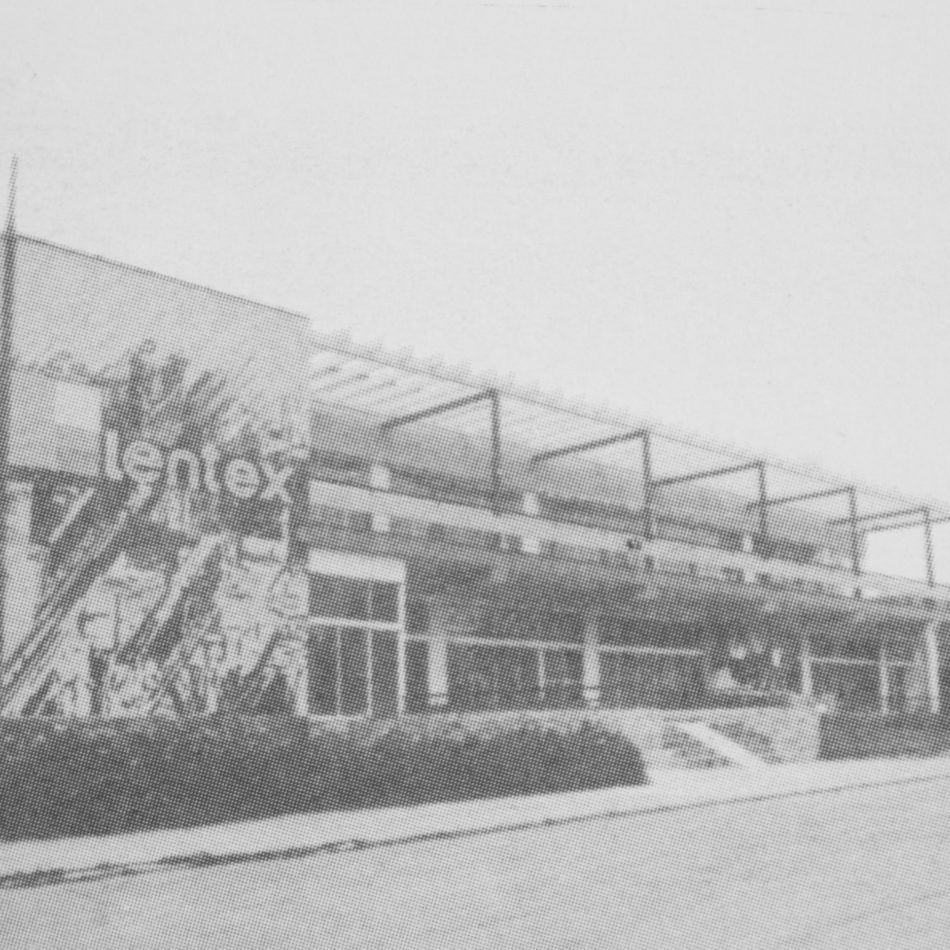 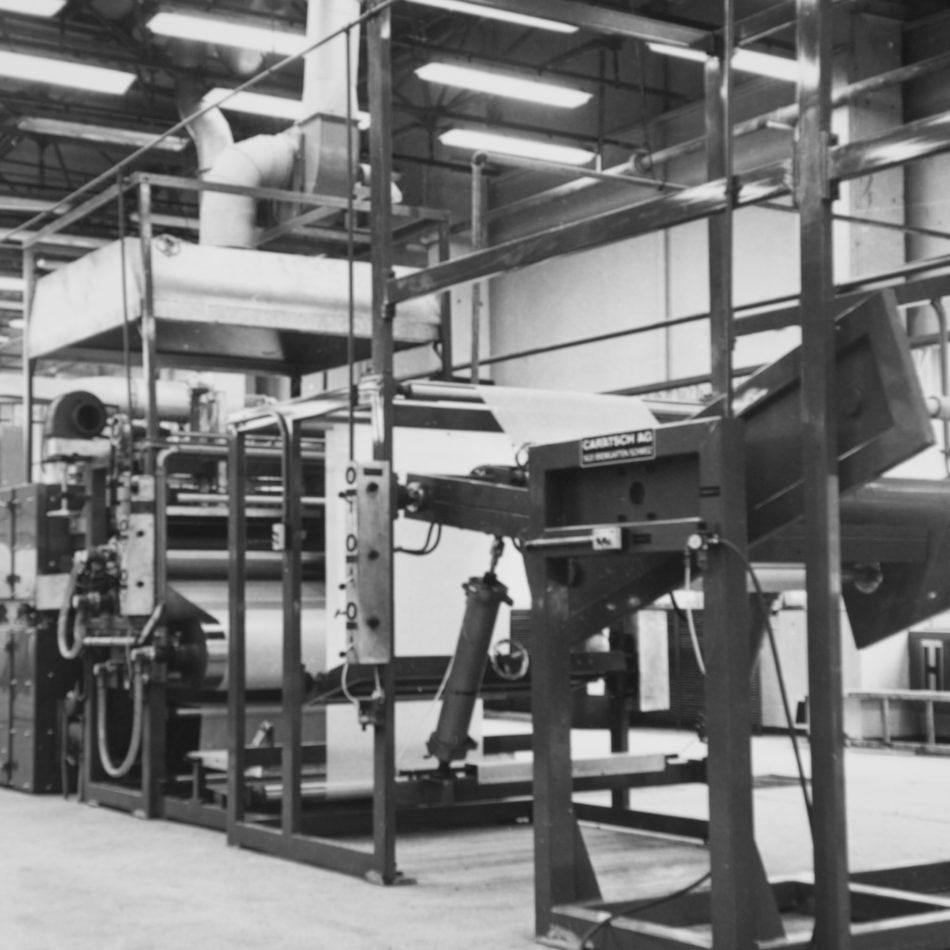 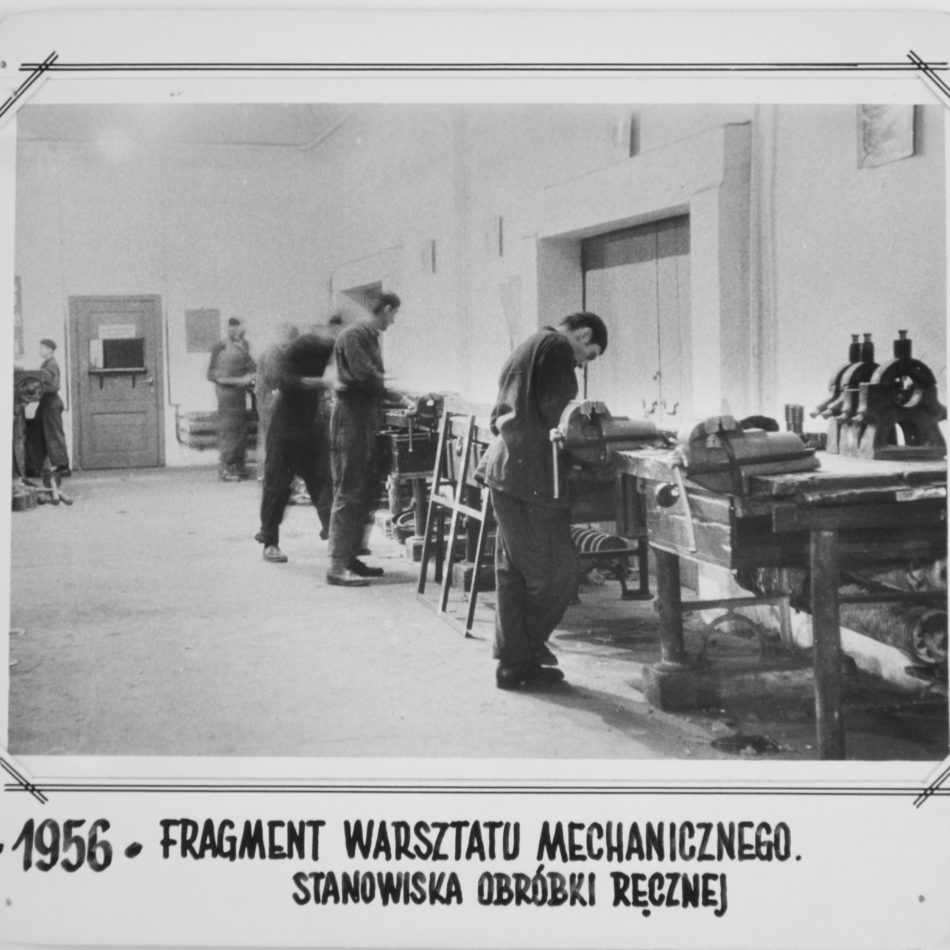 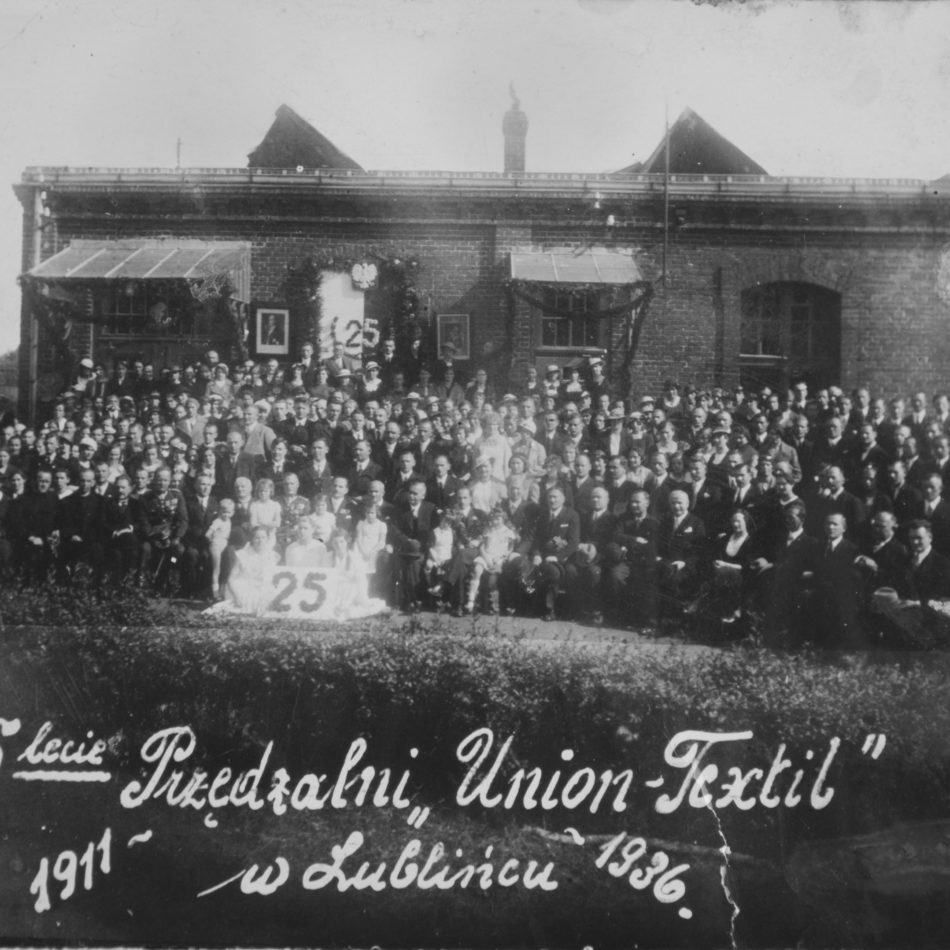 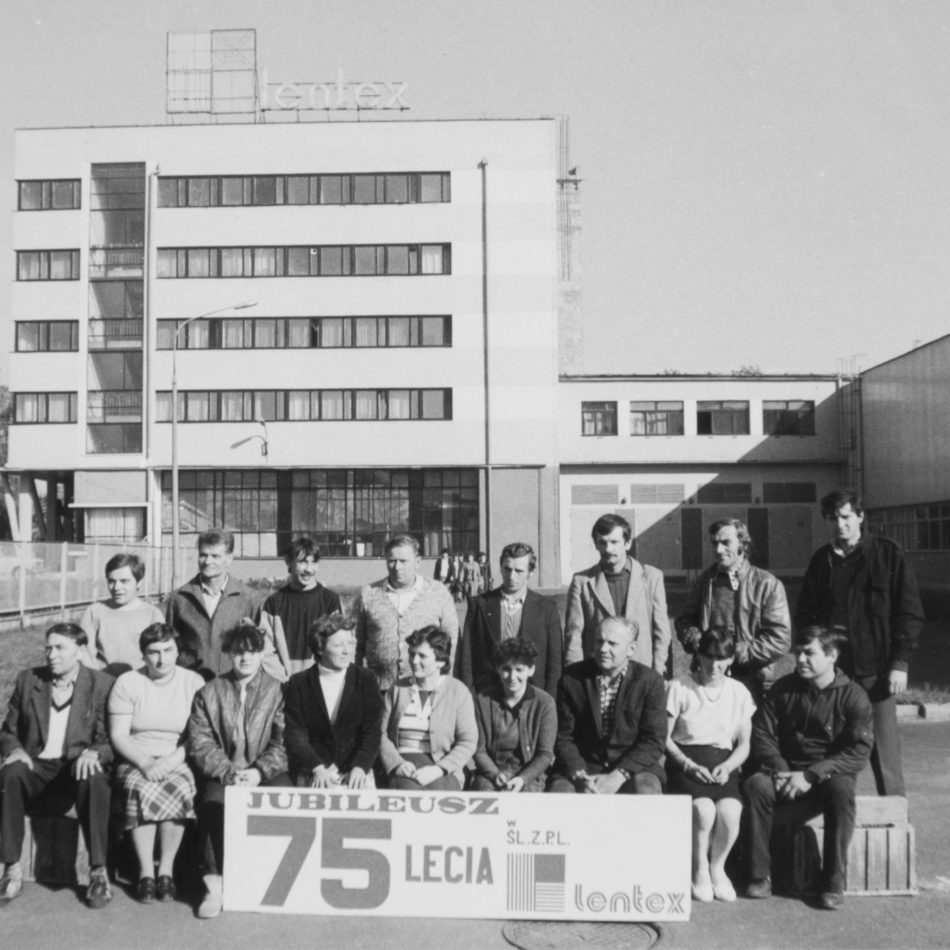 On October 19-22, Lentex S A participates in the leading international nonwoven trade fair Index 2021 in Geneva.

Over 420 exhibitors will present the latest innovations in the field of filtration and separation of liquid, solid, gas, dust and air. 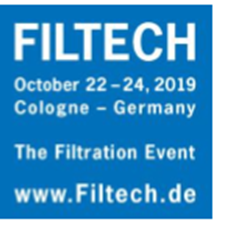 On May 14-17, Lentex S.A. took part in the International Trade Fair of Technical Textiles and Non-woven Fabrics, held regularly in Frankfurt.

The Lentex booth was visited by a large number of visitors – both current and potential customers.

Now we have a lot of work to turn our interest in our products into fruitful cooperation with new customers. 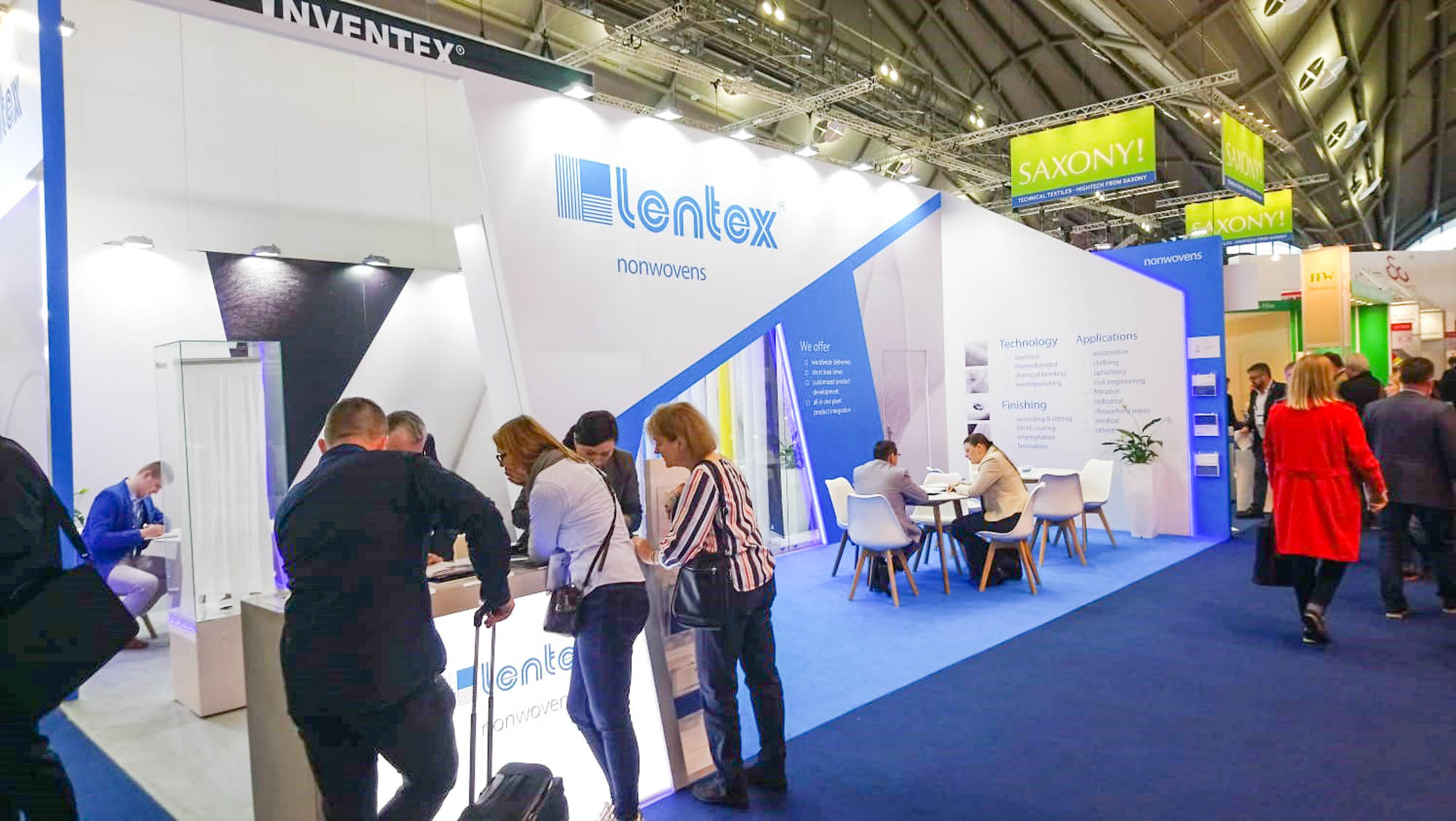 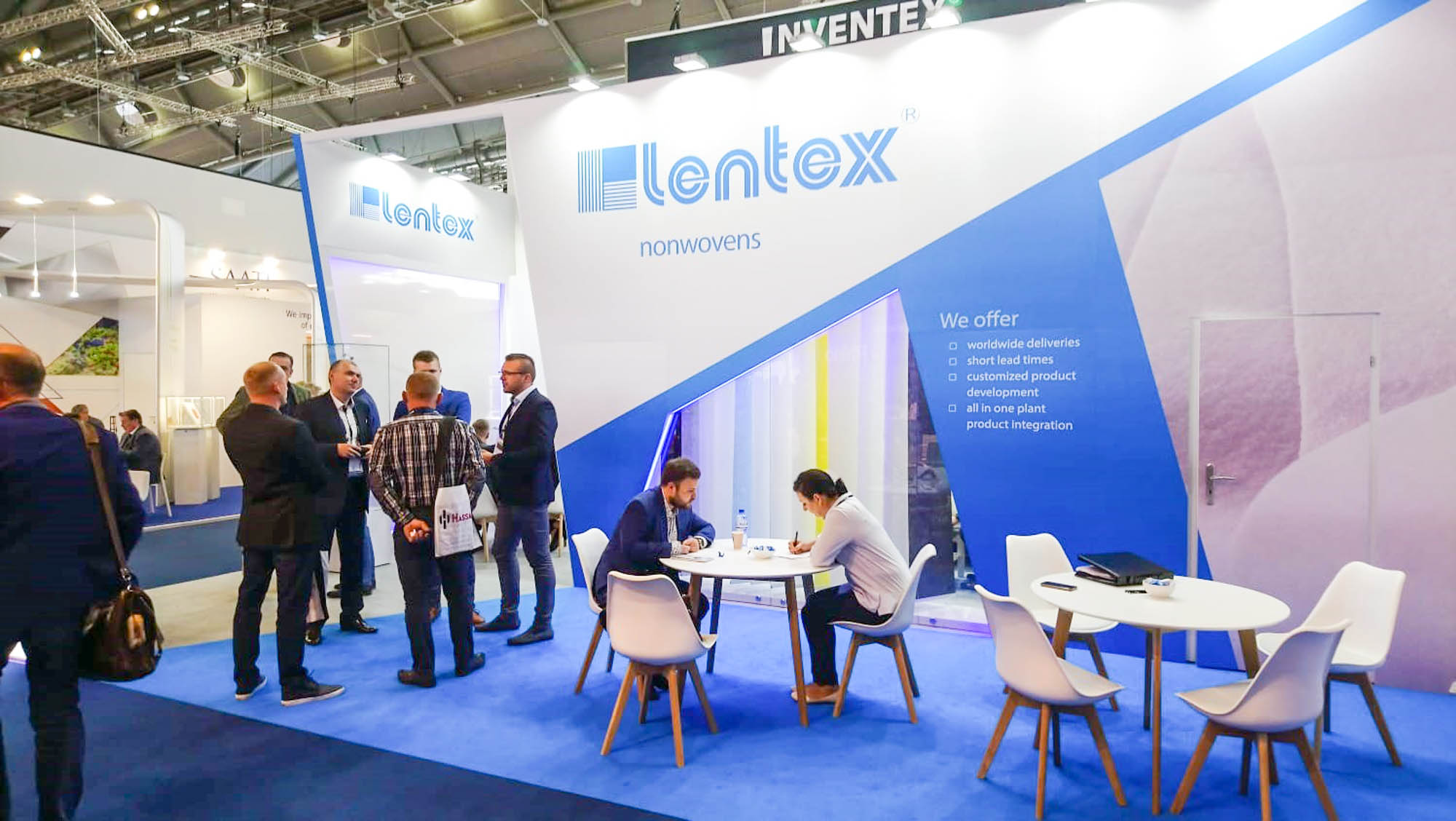 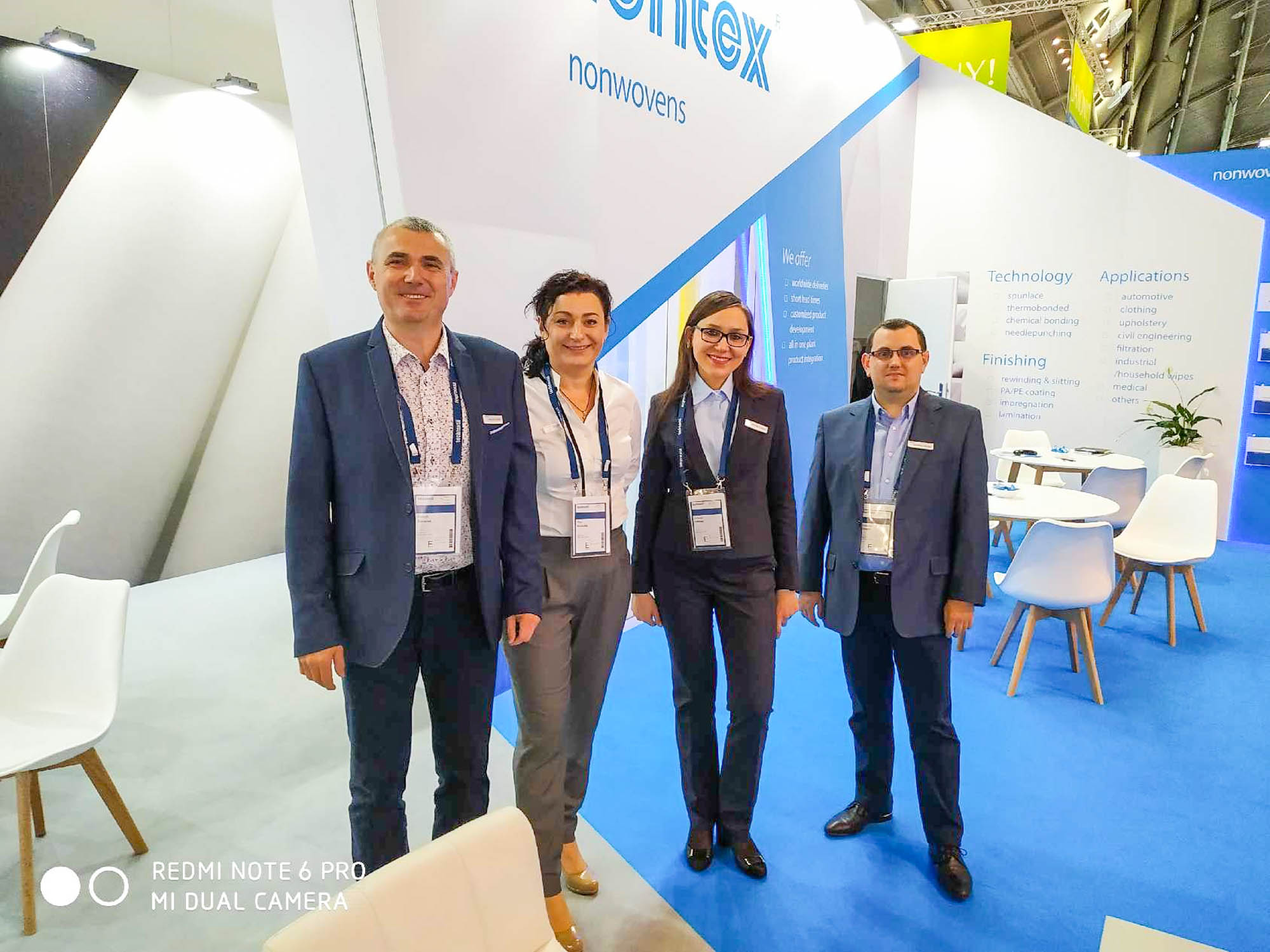 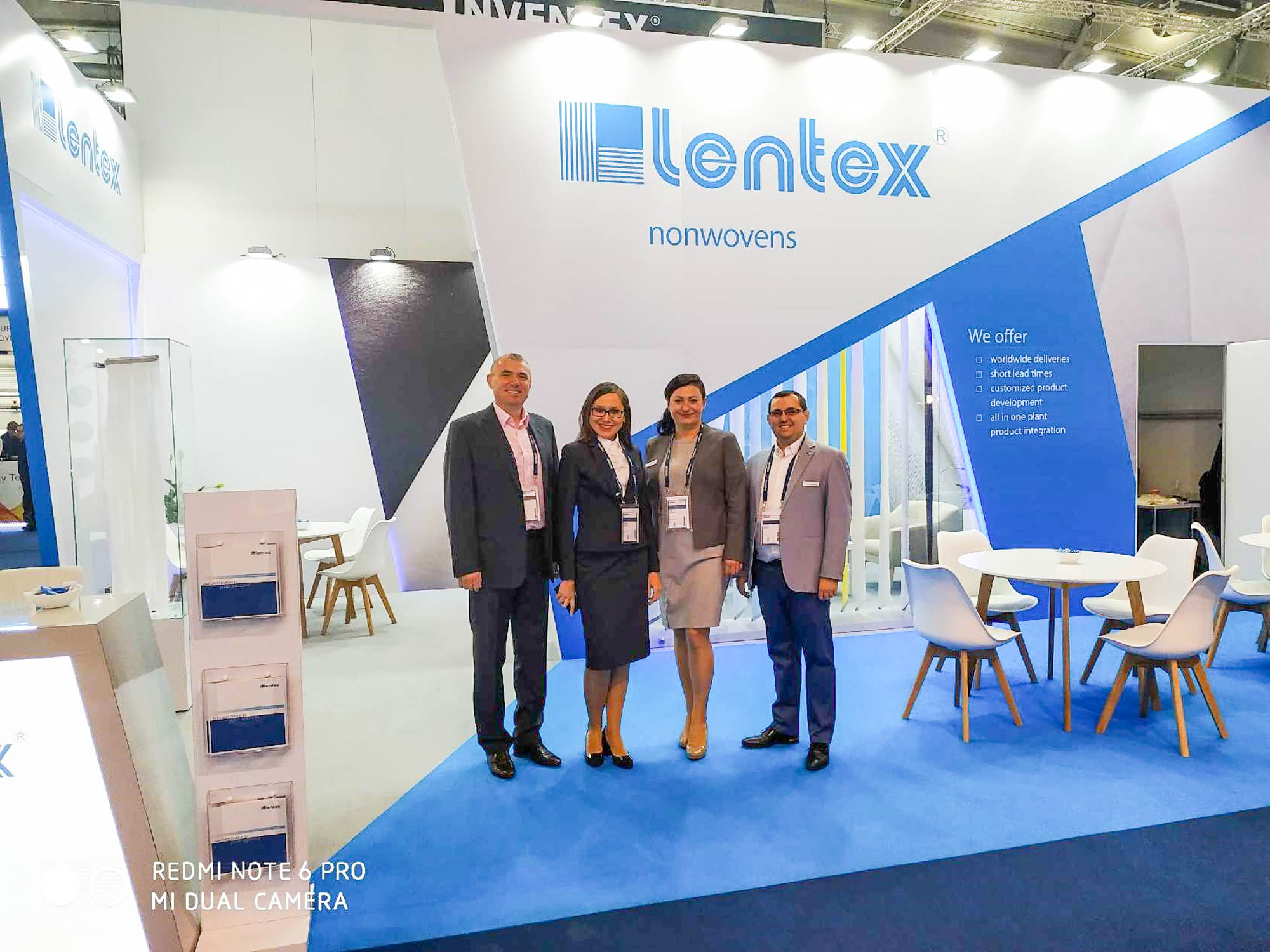 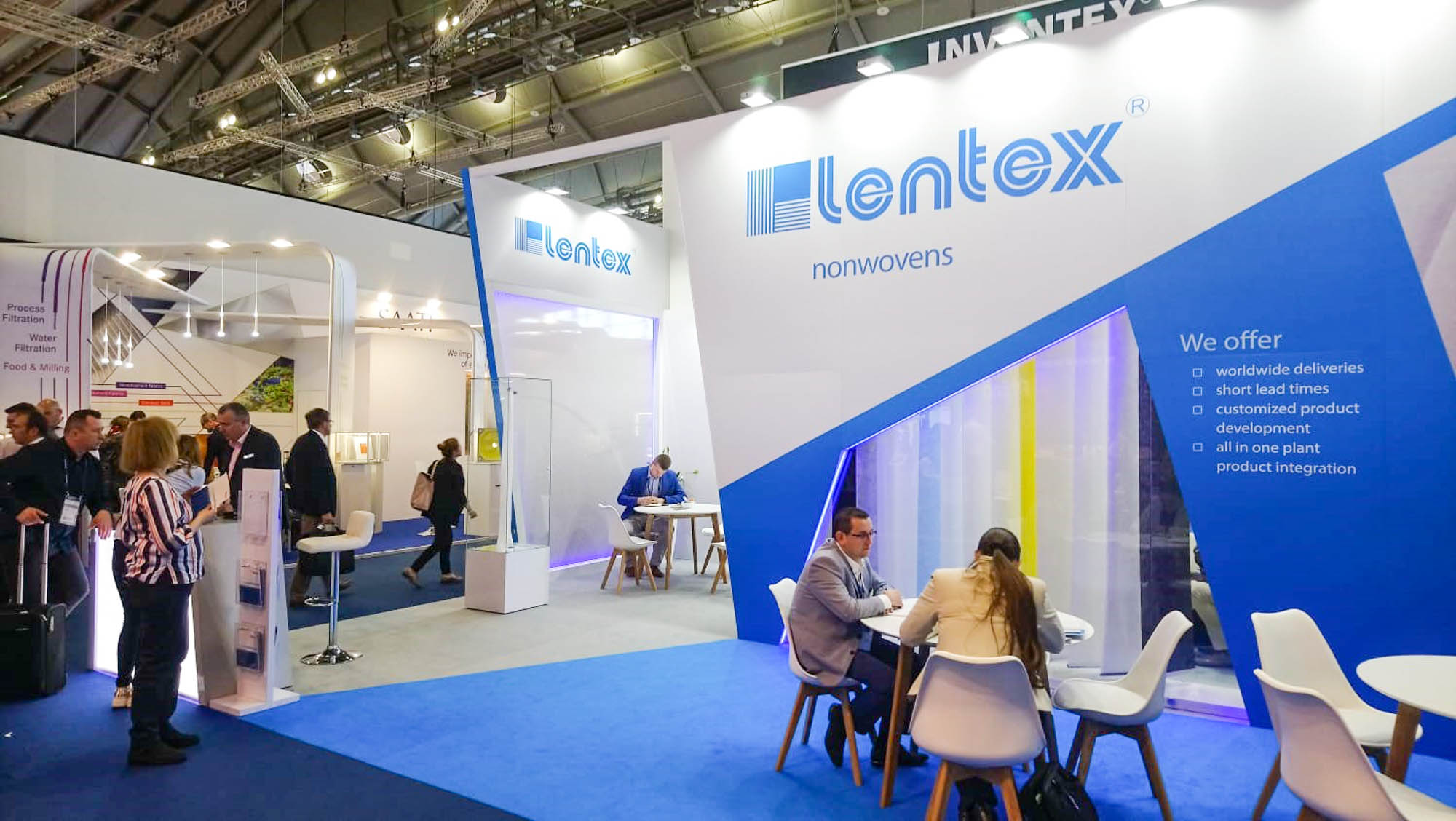 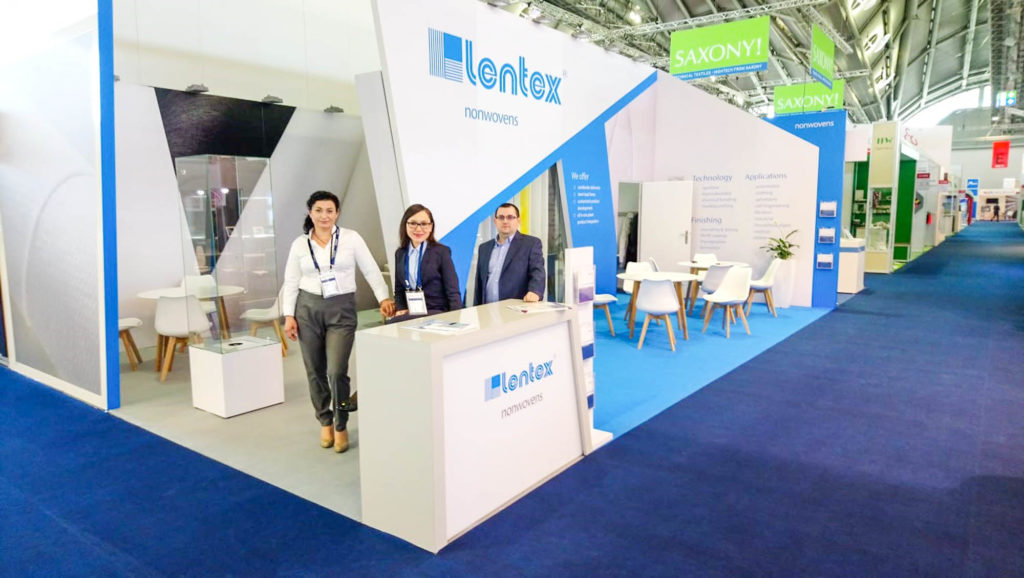 News
Read all the news
Show 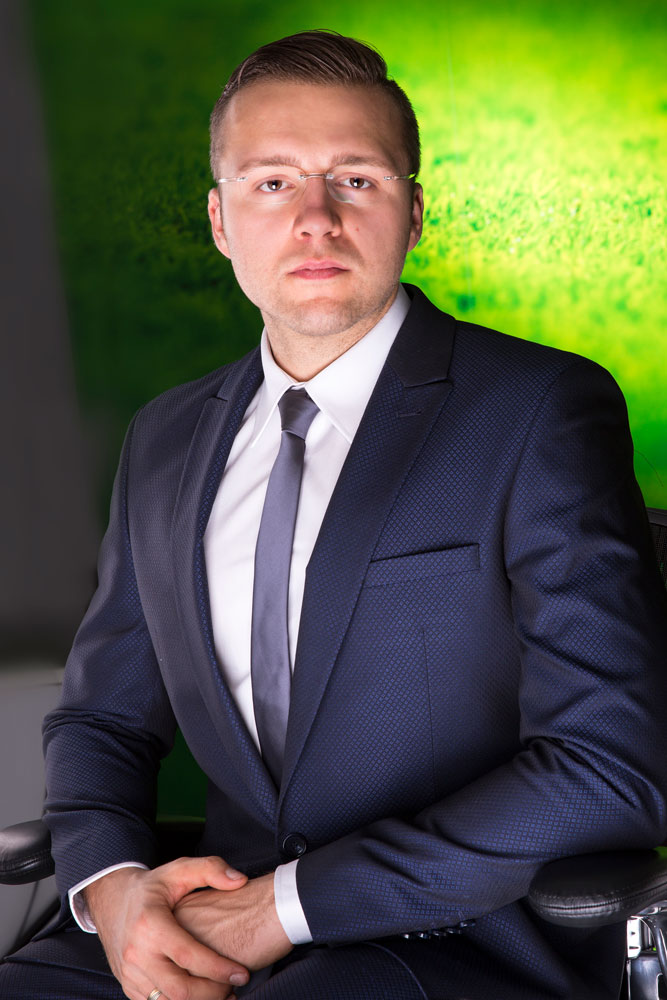 Adrian Grabowski
President of the Management Board, Managing Director

Appointed to the position of the Board Member on 26th October 2016.

In the years 2009 – 2013 worked at Intersilesia McBride Poland Sp. o.o., initially as an Assistant, then as a Technical Specialist and the Engineering and Maintenance Manager.

Since December 2013 was employed in Lentex SA as the Senior Maintenance Manager, and since January 2015 has held the position of the Technical Director. 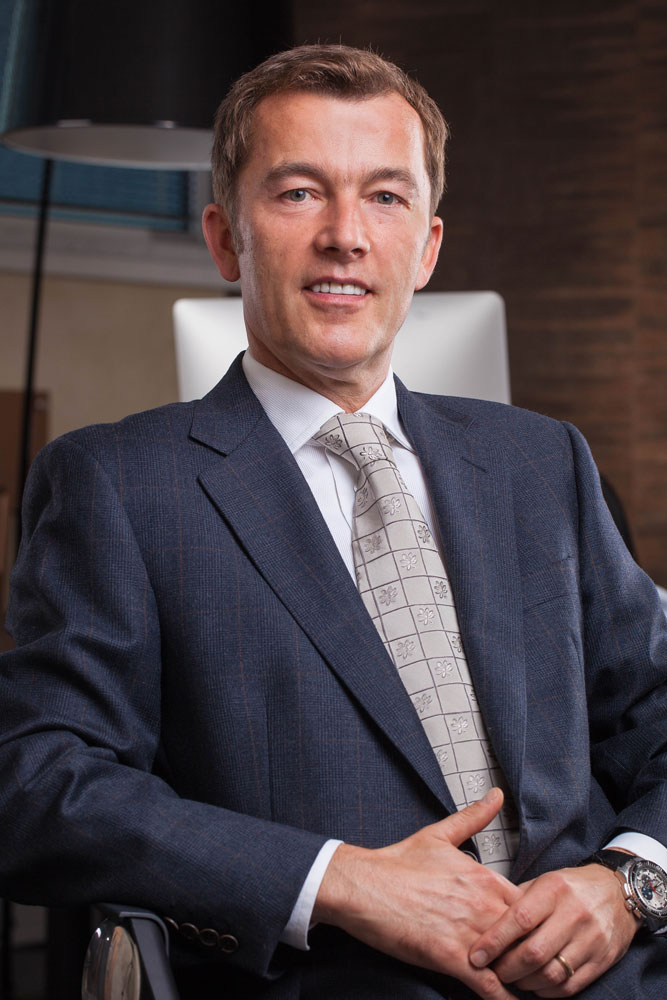 Wojciech Hoffmann
Member of the Management Board

Appointed as a President of the Board of Lentex S.A. on 28th April 2011. Graduated from Romance Studies in Instytut Filologii Romańskiej Uniwersytetu Adama Mickiewicza (Institute of Romance Studies, Adam Mickiewicz University) in Poznań. Completed numerous management, sales and communication trainings. Since May 2009 runs own company, Consulting WH Wojciech Hoffmann, where he performs consulting services on an international scale in the areas of improving the concept of  hypermarkets building and creating market chains, verification of the management, and  product range evaluation and development. From 2005 to 2009 worked as the Executive Director of Trade and Chain Functioning and the Member of the Management Board in Epicentr in Kiev. From 1999 to 2005 worked in Castorama Polska as the Memeber of Directors Board and  was earlier employed on the positions ranging from Hypermarket Director by Regional Director to Brico-Depot Project Manager. In the years 1995 – 1999 worked in Intermarche, where was gradually promoted from the translator to the Commercial Director. Speaks French and Russian fluently. 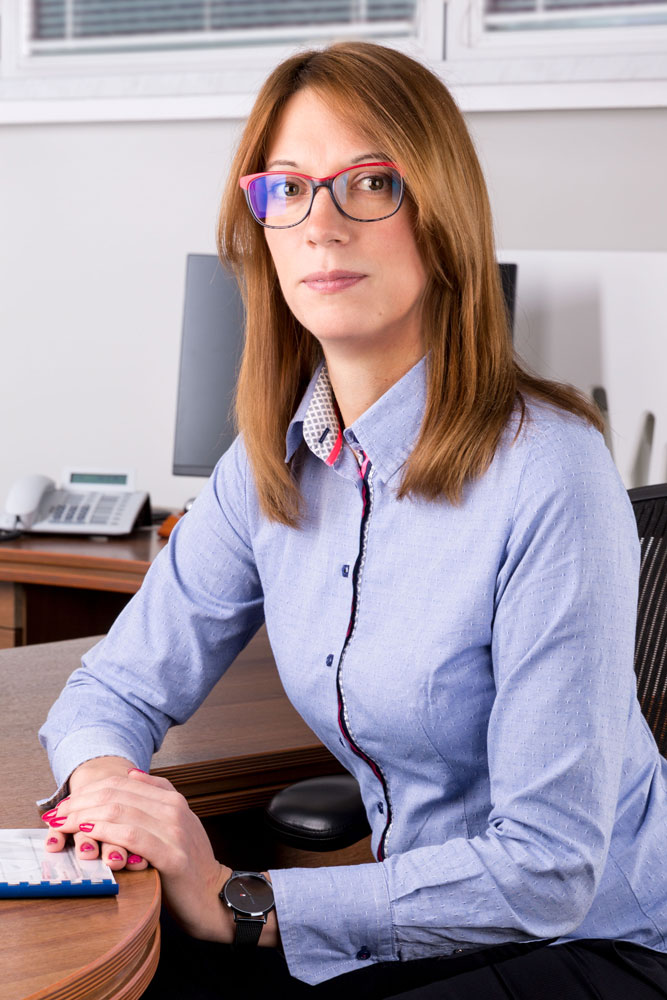 Read more
Piotr Woźniak
Member of the Supervisory Board